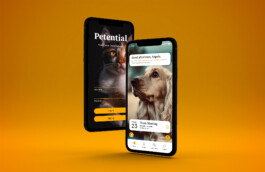 As people find themselves spending more time at home during the Covid-19 pandemic, animal shelters have reported a sharp increase in fostering volunteering and interest.

Petential is a system that allows foster pet caregivers to form their own fostering teams and keeps them connected to their animal rescue organization. It uses the power of small groups to encourage accountability in caregiving. Caregivers ask for and receive help from their teams on tasks and appointments, and foster pets get all the care they need.

Mission: To promote pet fostering as a team effort, and connect foster caregivers and pets with vital resources.

This project is currently in progress. Check back soon for updates.

Animal shelter intake and euthanizations are declining. Since 2011, the overall number of companion animals entering shelters and animals being euthanized in shelters has declined, which can be explained by adoptions and animals being successfully returned to their owners.

There’s a need to create more awareness of fostering. 84% of prospective foster caregivers lacked awareness of the homeless pet population and are unsure how fostering fits into lifesaving.

Shelter/orgs and word-of-mouth (friends & family) play a key role in creating awareness. Almost half (45%) of active foster caregivers heard of fostering through a shelter or rescue org, making shelters/rescues the most common source of fostering pets. However, over a third (35%) of prospects heard about fostering through someone they knew.

Age matters. Prospects tend to be younger, living alone and aware of the homeless pet problem.

Social media plays an important role in getting the attention of prospects and active caregivers. Both active foster caregivers and prospects said social media was the best way to get their attention, followed by news stories about fostering. 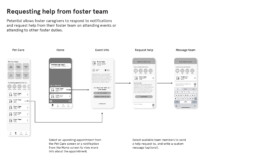 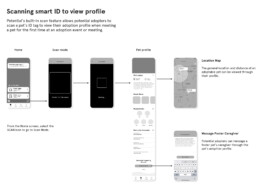 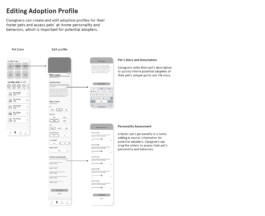 Caregivers may create and edit their pets’ adoption profiles. Each profile features a personality assessment where caregivers can assess their pet’s behaviors and personality in a home setting.

Users meeting an adoptable pet for the first time can use the system’s built-in ID scanner to scan a pet’s ID (attached to a collar, for example), which displays the pet’s adoption profile.

Adoption profiles give potential adopters a quick overview of the pet’s physical information, location/distance, and personality at home, and an option to message the pet’s caregiver.

In the Pet Care category, the caregiver can view their upcoming (confirmed) events, see more information on each and keep or change their attendance status. They may also request help from their teams on specific appointments and write custom messages to team members detailing their needs. 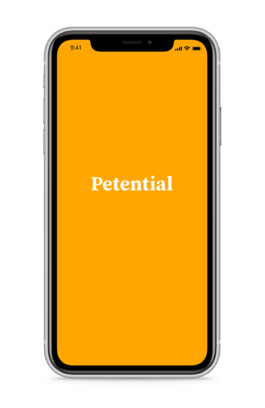 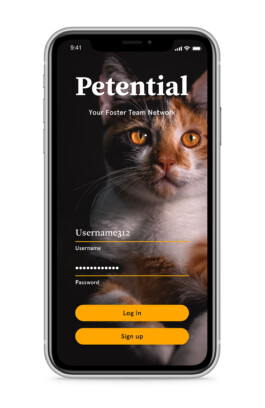 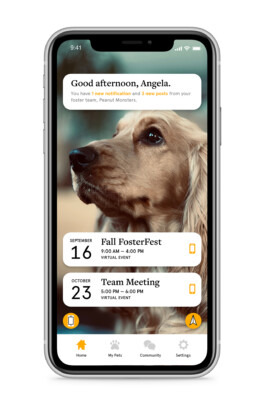 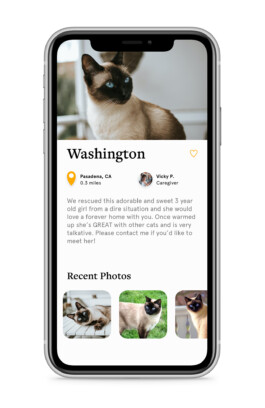 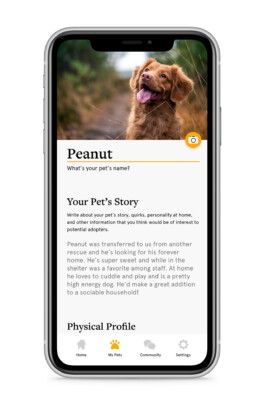 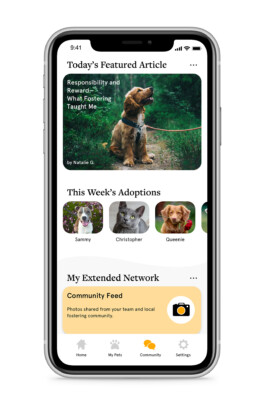 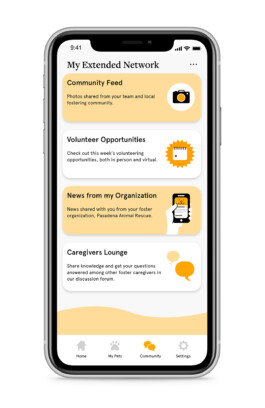 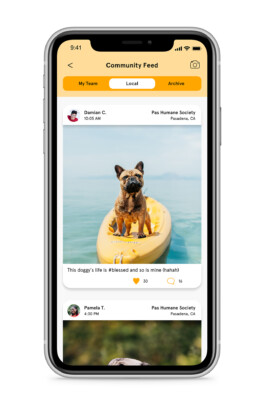 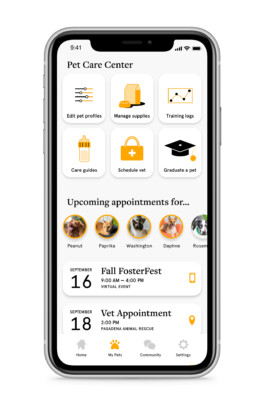 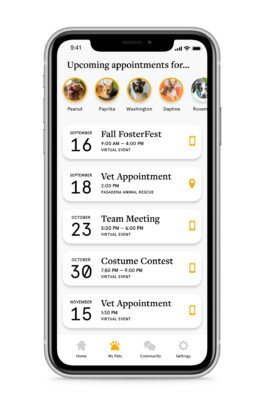 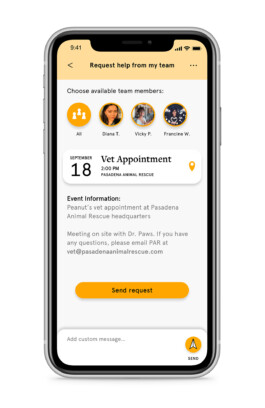 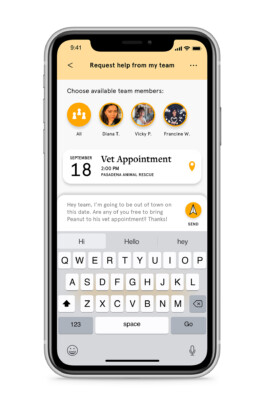